What Should a Restoration Contractor Do When Faced with Odors? 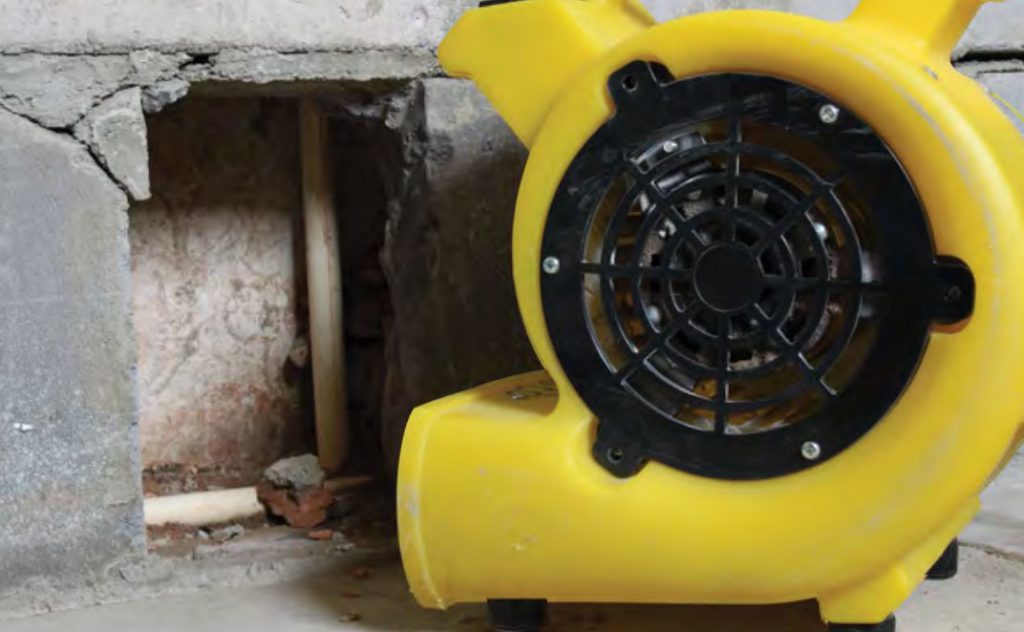 Unpleasant odors in a structure are a common problem faced by cleaning and restoration contractors. Frequently, when odors are part of the cleaning and restoration equation, contractors know that. before the project begins. Fire residues, pet odors, and microbial smells from black water or mold losses are often obvious upfront. However, some odors do not appear until after the project is underway. In these cases, a contractor typically uncovers something that makes the area smell bad, or something during the cleaning or restoration process creates an objectionable odor. Either way, the responsibility of the contractor is to address the situation so the structure is returned to a pre-loss condition.

The obvious first step is source removal: Find what is causing the odor and remove it from the structure. Charred structural members, urine-soaked carpet pads, and colonies of fungal growth require that the material be removed to properly eliminate the odor. Ventilation with fresh air is always a good second step. Sometimes, ventilation is complicated by weather, security, or build- ing dynamics that reduce the effectiveness. In such cases, unfortunately, dilution is not always the solution to indoor air pollution.

UNDERSTAND YOUR ENEMY TO CHOOSE THE BEST STRATEGY

While most laypeople think of odors as a single problem, the truth is a bit more complicated. Substances that impact our olfactory sense, either in a good or bad way, can take a variety of physical forms. What we smell may be particles, gases, vapors, or even fumes (the technical term reserved for the airborne by-products of heated metals).

When addressing odors from a restoration standpoint, knowing the physical state(s) of the contaminants is often the key to successfully addressing the objectionable smells. For example, residual fire odors are often a combination of minute particulates and a special subset of gases known as volatile organic compounds (VOCs). That is why addressing such odors often requires high-efficiency particulate air (HEPA)-filtered negative air machines with special pre-filters. The HEPA filters capture the small particles, while the pre-filters (carbon charcoal or newer synthetic materials) work to adsorb the gases.

In this respect, “knowing your enemy” is an important first step in choosing from the wide range of technologies and techniques available to address odors in structures. As indicated previously, the removal of materials that are creating, or contributing to, the odors are the critical first step. In conjunction with the physical removal of the visible contaminant sources is the removal of the invisible solid materials that often cause an odor. This is typically done through some form of filtration.

While most laypeople think of odors as a single problem, the truth is a bit more complicated. Substances that impact our olfactory sense, either in a good or bad way, can take a variety of physical forms.

As such, contractors should be generally familiar with the three most common types of filter ratings.

The first rating is the minimum efficiency reporting value or MERV. This refers to a measurement scale designed in 1987 by the American Society of Heating, Refrigerating and Air-Conditioning Engineers (ASHRAE) to rate the effectiveness of air filters in collecting dust particles. Its scale of 1–20 helps determine what size particles are captured by the filters. Residential HVAC systems generally have a MERV rating between 9 and 12, while better home systems and commercial units often use filters ranging from 13–16 on the scale. These higher-rated filters trap particles down to 1 micron, or 1 millionth of a meter, in diameter (for comparison purposes, the diameter of a human hair typically ranges between 70 –100 microns).

MERV ratings between 17 and 20 often go by specialized names that are more familiar to the restoration industry. Filters that screen 99.97 percent of particles at the size range of 0.3 microns are HEPA filters. An even higher level of filtration — 99.999 percent at 0.3 microns —is known as ultra-low particulate air (ULPA).

While particulates are the easiest to filter, some gases can also be filtered. In those cases, the filter media must be specifically matched with the contaminant causing the problem, as there are few “all-purpose” gas filters. Although carbon charcoal has been the standby material for more than 40 years, the science of gas filtration has developed rapidly over the last few years.

As with particulates, it is crucial to understand what is being filtered before selecting a filter media. To improve the potential for success, the International Standards Organization (ISO) has segregated gaseous contaminants into eight broad categories (acid, base, condensable, dopant [trace impurities], biotoxic, corrosive, organic, and oxidant.). Figuring out which category the gas fits lead to proper filter selection.

THE PROMISE OF NANOTECHNOLOGY

The most exciting developments in the filtration world are related to advancements in nanotechnology. Although nanotechnology is a complex term, it simply means that chemicals and materials are being designed and manufactured at the molecular level. New filter media developed using these techniques are lighter than carbon charcoal, but they can trap and hold up to 20 times more offensive material than the traditional odor-capturing media.

One treatment process that has a long track record is ionization. Working on the principle that particles, even some gases, have an inherent electrical charge, ionizers use the basic law of physics that opposites attract. Ionizers typically work by having the air pass through an electric field, so the impurities are temporarily altered and have

a negative charge. A short distance away, a positively charged collector plate removes the impurities. The most common example ionizers are the electrostatic precipitation filters used in industrial and residential HVAC systems.

Another treatment for airborne contaminants is oxidizers. As their name implies, these treatment processes use materials with unstable oxygen atoms. These compounds react with other materials (gases, vapors, and particles) and change their chemical composition at a molecular level. The most common oxidizing agent in the restoration field is ozone. It has been used for decades to remove smoke odors from structures and contents.

While ozone has a proven track record of reducing noxious odors, restoration contractors who opt for it are using a hazardous material to address their contaminant problems. Because of the danger of ozone, it should not be used in occupied spaces and is often relegated to carefully controlled content treatment rooms. Since ozone (and hazardous byproducts of its production, including nitric oxides) can also damage materials, there are ongoing efforts to identify safer types of oxidizers.

Hydroxyl radicals and vaporized hydrogen peroxide are two oxidizers promoted heavily to the restoration industry for managing odors and contaminants. Vaporized hydrogen peroxide is especially effective in addressing microorganisms but can only be used in controlled situations by operators with appropriate personal protective equipment. Hydroxyl radical generators can create effective oxidation of contaminants and appear to have fewer health risks than ozone or hydrogen peroxide. However, anytime an oxidizer is introduced into an environment with malodors, there is no way of knowing exactly what intermediary compounds will be formed as the oxidizers react with the various substances in the air.

While ozone has a proven track record of reducing noxious odors, restoration contractors who opt for it are using a hazardous material to address their contaminant problems.

Another air treatment approach cleaning and restoration contractors should understand is the use of heat. Typically, heat has been used to warm surfaces so they release trapped odors more quickly than through natural off-gassing. While such technology is fairly common, the use of heat to control odors has recently taken a new turn. Room air cleansing devices, which pull the contaminated air through a high-temperature furnace, essentially incinerate the contaminants. The process is silent, as the air is pulled through the furnace by convection (the property that warm air rises). Such air cleaners were first developed in Europe and are now available around the globe.

The information in this article is not designed to be a detailed, comprehensive explanation of the science behind contaminated air treatments. Instead, the aim is to assist cleaning and restoration contractors in understanding some basic facts about odor management and help them select the appropriate elimination methods. Ultimately, a variety of techniques may work to resolve the problem. Finding those that work best will remove the odors quicker, and that is good for both the client and the contractor. RIA

PrevPreviousInside Aviation Restoration A closer look at this specialty niche through the eyes of one company.
NextRising Stars in RestorationNext