The Art and Science of Insurance Claims Estimating

The science of estimating includes growing your knowledge base so that you understand what you are bidding on, how you will approach the project, and why you use certain items to construct your estimate. In the world of insurance claims mitigation and repairs, this often means learning to utilize estimating software such as Xactimate or Symbility.

The science of estimating is all about growing your mindset for success. We have created a series on our podcast called The Xactimate Sessions which reviews some of the resources and approaches to estimating that can help you expand your knowledge base and elevate your skills as an insurance claims estimator.  On The DYOJO Podcast we talk about learning to estimate from scratch, resources available from your Xactware license, and habits for improving your estimating game.

The Art of Estimating

The art of estimating includes those habits that will help you stand out from your competition. There is some science in the art form, whereby the habits both help you to be a more consistent estimator as well as methods for composing your estimate in a manner that is understood by insurance carriers, property damage customers, and your production teams that will carry out the restoration work.

Many of these mindsets and habits for success are addressed in the book Be Intentional: Estimating by Jon Isaacson, The Intentional Restorer. Some of these elements include:

An Example From An Xactimate Estimate

What’s missing from this picture (Exhibit 1) of an insurance claim repairs estimate written in Xactimate? 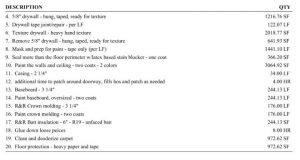 Exhibit 1 – An Xactimate Estimate with No Structure or Headings

I will start out by saying that this example above is not the worst estimate that I have seen. It is probably better than the status quo. Yet, it lacks a few simple things that can help it be better for clarifying the scope, negotiating the claim, expediting the contract, and delivering an executed product.

The Importance of Estimating Structure 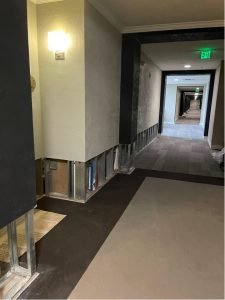 Exhibit 2 – A Picture Of A Typical Property Insurance Claim Repair

This estimate is not top-down or in sequence with the way the claim will be addressed. Without changing any of the line items, take a look at a picture of the claim (Exhibit 2) and see how an estimator might approach this scope with a bit more art and science.

Where would you start? Most intentional restorers would start with jobsite prep, right? So PREP ITEMS will be our first estimate header and those line items would be in that first category.

As you compose your line items, you will either write your estimate in a sequence from the top down or the bottom up. You will create headers that give your estimates an aesthetic that leads the reviewer through a guided tour of the damages in each room. Your F9 notes and photos will supplement any line items that create questions for the carrier.  – Be Intentional: Estimating, Chapter 17

The Advantages of Estimating Consistency

As you can see in Exhibit 3, I have made no line item changes to the prior Xactimate estimate other than to format the structure of the scope with headers. I believe that headers make the scope easier to read for all parties involved in the claim. Having a structure like this helps those who are responsible for thorough data capture at the loss site to consistently gather their documentation in a manner that will be in sync with how the scope will be composed. Estimating structure increases estimating consistency which decreases scope creep on the initial job walk.

When you write in a consistent manner, you help yourself to reduce the chance of missed scope details. When you compose in a clear structure you are attempting to minimize the questions that a reviewer might ask. It can be frustrating when you put so much effort into an estimate and silly questions still get asked, but if you continue to work with those entities they will come to appreciate the level of detail that you provide.

It is possible to stand out when composing estimates in Xactimate. It may not happen often, but it is always nice to hear someone say, “I really like how your estimate is structured. That’s the first estimate in a long time that had a flow to it that I could follow. You really are the best and there is no one like you. I hope your boss is paying you well because you are worth every cent and more. I want to be like you when I grow up.” – Be Intentional: Estimating by Jon Isaacson

If there is enough interest and readers give feedback to the publisher, we may have a follow up discussing legitimate line items from Xactimate that should be included in this estimate. I think the missing items should be clear to most estimators, whether restorers, adjusters, or project managers, who consistently see projects through from start to completion or restoring a structure to resemble it’s pre-loss conditions with materials of like kind and quality (aka The Standard).

A few of those missing line items would include (but not limited to):

Poorly structured estimates show a lack of care and/or expertise. How often have you reviewed an estimate from an adjuster or a competitor that has little structure and is hard to follow? There are so many estimates that look like a grenade full of line items were thrown into the program and exploded. It’s like mystery night when someone extracts all the leftovers from the refrigerator and attempts to make something edible.

How many of you are reading this and know that those same poorly structured estimates are being composed by your hands or those of your team members? Most Xactimate professionals can see the telltale signs of an estimator who is either inexperienced or is lazy in their estimating habits:

​If you are lost or this is the first time you are hearing of such things, please refer to another article I wrote titled The Three R’s of Mastering Xactimate for more guidance.