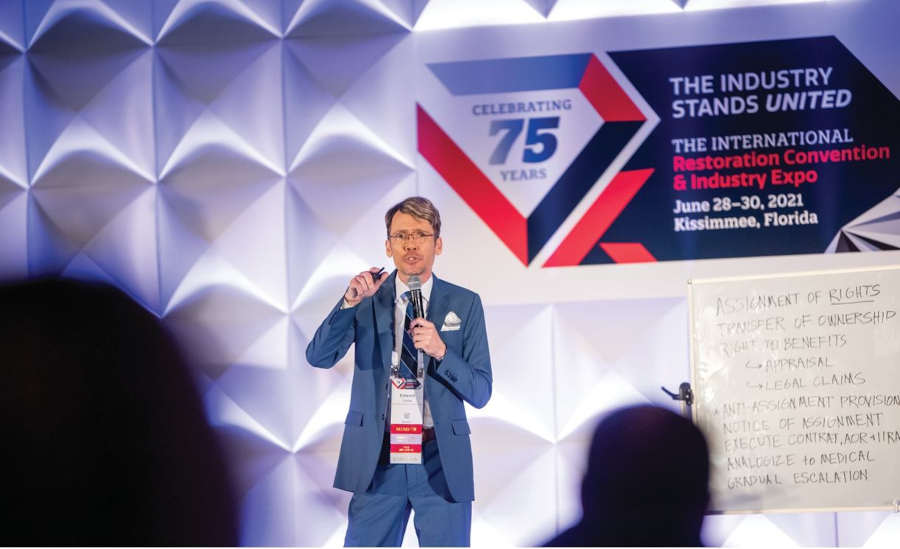 The Restoration Industry Association (RIA) prides itself on unity. And as the world normalizes after the COVID-19 pandemic, the RIA couldn’t wait to hold its 75th Restoration Convention & Industry Expo.

For the RIA, it wasn’t just a celebration of their core values, but a chance to bring something completely new to the table.
“It was really a celebration of what we’ve accomplished,” said Kelley Dolan, Chief of Staff at Maxons Restorations and Annual Convention Planning Chair. “And also, a peek into what we need to keep working on together.”

The RIA held the Expo as a hybrid event, meaning it hosted both in-person and virtual attendees. For those in-person, event planners were mindful of safety measures to limit attendee movement around the venue. Over 700 attendees participated in person and via the live stream event.

The Expo kicked off with a Town Hall session, hosted by RIA President Mark Springer, CR, who discussed the RIA’s response to the pandemic, the work being done on behalf of restorers, and updates on its Advocacy and Government Affairs Committee (AGA), the first of its kind in the restoration industry. The session highlighted how much work the RIA has accomplished in the last two years and the strength of the association’s efforts to unify the industry.

“If you’ve been a member of the RIA and said, ‘You know what, this organization isn’t doing anything, peace out,’ now’s the time to come back,” Dolan said. “Because now’s the time when things are happening.” 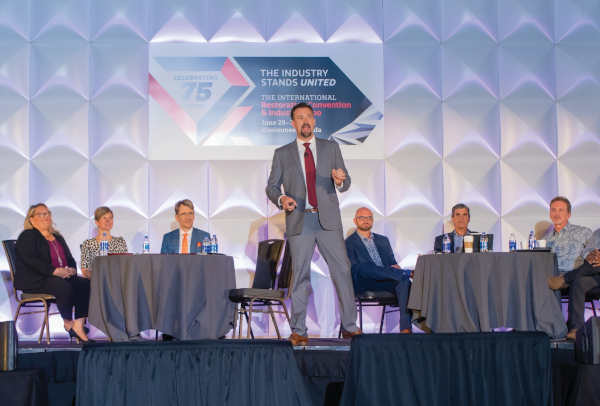 RIA President Mark Springer hosted a Town Hall session to discuss the RIA’s response to the pandemic and share updates on what the RIA is doing on behalf of the entire restoration industry, including efforts by the AGA. The RIA has worked tirelessly over the last two years to strengthen the association itself and bring unity to the industry as a whole.

A united front, particularly for restoration contractors, is incredibly important because as stated by Katie Smith, President-Elect, “there are thousands of contractors, but we don’t have thousands of problems, we have the same major headaches.” 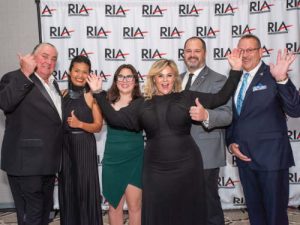 With so much time between the last in-person convention and the 2021 event, it was all smiles all around!

Enter AGA. Since its inception, AGA has formed three task forces to create a shared stance for the industry, developed videos on pricing, positions statements related to Third Party Administrators (TPAs), and even the TPA Scorecard. (All resources available exclusively for RIA members.)

It is the peak of the RIA’s stance on unity. And for the first time, AGA presented its first session of the new “AGA Academy” aimed to teach attendees how to advocate for themselves and incorporate AGA tools into their business. 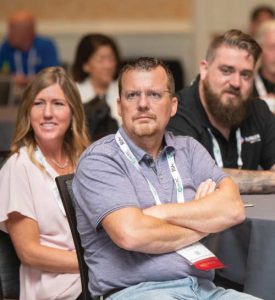 Each session was well-attended as the RIA ensured speakers covered a variety of topics including business growth, estimating, company culture, legal matters, and more.

AGA Academy focuses on important topics including pricing, Third Party Administrators (TPAs) and Third Party Consultants (TPCs). “We are teaching the industry how to handle a situation when you’re up against a moment or an opportunity where an outside party is trying to control either your work or your price when they have no business doing so,” Dolan said.

For example, according to President-Elect Katie Smith, CR, TPCs can affect timelines for when contractors are paid. TPCs require justification and documentation for all contractor decisions, which overall delays the process of contractor payment, even if a project has already been completed.

“We’re focused on, how do we stand up for ourselves?” Dolan said. “How do we point out the problems with the responses we’re getting? And how do we do so in a way where we are united?”

The 75th Annual International Restoration Convention and Industry Expo was a gathering of colleagues, and friends. The planning committee for this year’s event never lost hope or focus despite having to change plans in 2020, create a virtual conference for late last year, and a fresh and celebratory convention for 2021.

In addition to the expo content, RIA hosted prerequisite classes on project management and building science.
“We as a committee thought it was really important to host those hard-to-get classes up in front of this convention,” Dolan said. “The goal was to not only give project managers a training opportunity, but to have that next generation of leaders be able to meet each other.” 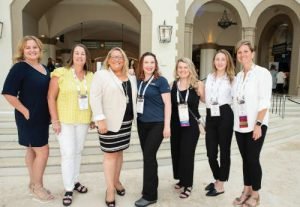 The 75th Annual International Restoration Convention and Industry Expo was a gathering of colleagues, and friends. The planning committee for this year’s event never lost hope or focus despite having to change plans in 2020, create a virtual conference for late last year, and a fresh and celebratory convention for 2021.

VIRTUAL ATTENDEES AND THE FUTURE

Unity doesn’t extend to just in-person attendees, but all RIA members. To accommodate contractors who were not able to travel and attend in person, the expo was offered as a livestream option. The virtual format was a great success. “I think next year, we’ll look at doing a little bit of both,” Dolan said.

Regardless of how RIA presents its Expo, its goals will remain the same. And those goals will carry them toward the future.

“I do hope (attendees) take away that the RIA is a committed, responsible, and change-making organization, and that the RIA is working for our industry in order to provide help and make us all that much more successful,” Dolan said.

The Restoration Industry Association has released the first pricing position statement for restoration contractors. Titled, “Deviation from Standardized Price Lists,” this peer- reviewed statement examines the issue that many restorers face when insurance carriers and their partners attempt to prohibit deviations from standardized price lists. The position statement will help restorers respond to these challenges when they arise.

In 2020, RIA held a series of industry briefings with the president of Xactware to pinpoint some of the problems RIA members and contractors had across the country. During those briefings, Katie Smith, CR, President-Elect of the RIA and CEO of PHC Restoration, and the RIA were listening closely to what was being said. The most popular comment they received is that adjusters tell contractors they’ll only pay the prices listed in the estimating software that is utilized.

“And so, we knew that the biggest headache, the biggest problem that contractors are having today is that they’re facing pushback every single day on most jobs, with someone telling them that they’ll only pay whatever price is on the price list of the estimating software program,” Smith said.

Increasingly, contractors are dealing with an insurance carrier or an adjuster on a claim via email, and less with phone call or face-to-face interactions.

“So, the contractor needs some type of support that they can send with their estimate, or during this course of negotiation with the carrier that says, ‘This is our industry’s stance on this,’” Smith said.

The RIA dug deep through pricing platform documentation to provide the quotes appearing in the position statement; this was done to help protect members and contactors who have had the pricing software used against them by carriers.

The position statement includes four points that the RIA identified as stressors for restoration contractors.

“It’s time for us to stand up and defend ourselves and our pricing and get paid fairly for the work that we do,” Smith said.
Join RIA today to get your copy of the pricing position statement and other key resources to help you navigate these challenges at www.restorationindustry.org! 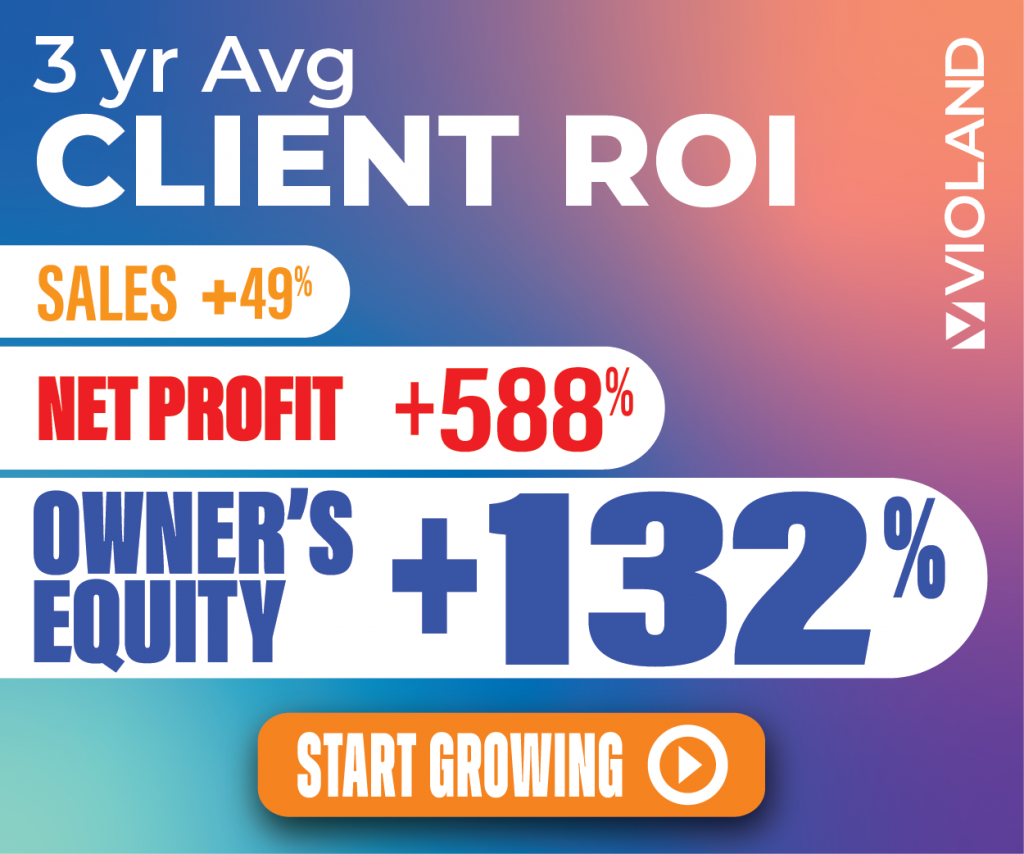