If a few local contractors combined forces to ask friends, vendors, and service partners to donate pairs of NEW socks, how many could they raise? In 2020, professionals from various industries in Washington state assembled five teams to test the concept of competitive sock-raising for local charitable organizations. Originally, this group of do-gooders thought it would be awesome to raise and donate over 1,000 pairs of socks. They discovered that they had a simple, and scaleable idea, that brought teams together, elevated spirits, and made an impact in their local communities.

Last year On Side Restoration joined the competition to expand The DYOJO Podcast annual SOCKTember to an international event. New pairs of socks have been raised and donated in at least 15 communities across these two nations. The combined offices of On Side Restoration raised over 33,000 socks and distributed those to charitable organizations from Vancouver in the West to Montreal in the East.

SOCKTember 2022 questions that must be answered now that all of the socks have been counted:

Were we able to raise over 100,000 pairs of NEW socks in 2022? The answer is no. Does this mean we failed? The answer is no. But, we will need YOUR HELP to reach this goal next year. Every single pair of NEW socks is a win and a donation that brings our industry closer together through the combined efforts of our competitors and does good in our local communities.

Were we able to beat the 2021phenomenal haul of NEW socks? The answer is no. But we still raised a TON of socks, literally and figuratively.

Were those valiant Sisters for Socks able to three-peat? The answer is no. This back-to-back (2020 & 2021) winning team is led by Allstars Lindsey Ward (Reliable Contents Services) and Sarah Roberts (ServiceMaster of Tacoma). We know they will be back next year with a vengeance.

The winning team this year joined the competition in 2021 and raised a total of 36 pairs of NEW socks. This year, their team returned to the competition with their eyes on the prize and were able to raise a current record of 11,160 pairs of NEW socks. The team behind the Laval office of On Side Restoration are the 2022 SOCKTember Champions! Their record-breaking efforts bring the total quantity of NEW socks raised and donated to local charitable organizations throughout the United States and Canada to 57,791.

The hard work of all of the On Side Restoration offices brings their country’s total to 38,881 which means that IF we were competing nation vs. nation, Canada would be the 2022 victor. Which is where YOU come in. Next year we would like to expand this event to at least one other country – Europe and/or Australia, are you reading this? We would like to have competitions at the international, regional, state-by-state, and team-by-team levels.

SOCKTember fits well into the fall plans for those participating in Restoring Kindness as a means of team building as well as community involvement.

Keep your eyes and ears open as The DYOJO and C&R Magazine will continue to share some exciting plans for SOCKTember 2023. 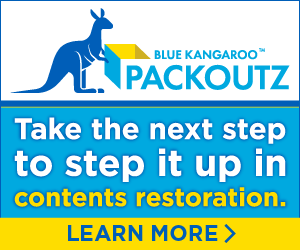