Maybe It’s Time To Hire Someone To Do The Leaves | Mit/Resto Mastery Vol. 3

A couple years ago, we purchased a house that sits on an acre of wooded land roughly 25 minutes outside of one of the larger cities in our home state. The setting in midsummer when we first saw the property was breathtaking. It’s covered in large oak trees, fir trees, bamboo, and other deciduous trees. The trees provide shade, dampen wind, and filter noise from the surrounding community. Whenever anyone sees it in the background when on virtual meetings or come to visit, they often get totally overwhelmed by the sense of peace and quiet the property presents. I’ve felt truly blessed by the property and I’m extremely thankful that events outside of our control ultimately ended up leading us here but it does have one major downfall…. the leaves.

The first fall hit not long after we moved in. The beautiful setting became even more brilliant as the leaves began changing colors and the winds began to go to work freeing those leaves from the trees they grew on. By mid-November, the leaves were falling at a mind-blowing rate. I would blow off our decks and walking paths only to watch as the leaves literally covered the work I had just completed in mere minutes. The shrubs and ground cover would be matted down by the big heavy wet leaves. The grass would begin dying under leaves that seemed to be nearly a foot high. As panic set in, we did what any good homeowner would do, we devised a plan to show those leaves who’s boss.

I set out with the most powerful battery powered blower money could buy and went to work! About 15 minutes in, my courage began to fail a bit so I swapped batteries and threw in some AirPods. Nothing can cure a sour attitude like good music.

Another 15 minutes went by and I could see that progress was not being made at the pace I had hoped, but the grind continued. This went on all day Saturday and all day Sunday. Multiple evenings the following week looked exactly the same. The following weekend? Yep, you guessed it. MORE LEAVES! I think we finally got our first year’s leaves knocked out over a series of three weekends and multiple evenings after work.

Then, we proceeded to forget all about it until the following fall. The following year we participated in the same wrestling match. Weekend after weekend we put in the time and effort required to do the dirty work. Work projects were delayed, progress on specific initiatives was put off, and precious free time with family and friends was placed on the back burner as our pride spurred us on to DIY our more than acre of leaves. Again, we got through it and immediately started to be lulled back into forgetting about the leaves.

This year, as the trees began to come back to life, my mind started to stress about the coming fall. I almost started to regret the trees. The inevitable workload that would follow almost made it impossible to get excited to see what kind of show spring would put on for us this year.

Over the next few months, as I would sit outside in the shade and feel the light breeze, instead of feeling the quiet peace, I just felt the stress of the coming weekends dedicated to leaf management. I started getting anxiety about the shuffling projects around in preparation for the time the leaf project would require. I mentally began preparing for the things we would have to say no to in order to have enough time to take care of the task ahead.

Then it hit me. Why am I not just hiring a company to come take care of the leaves?! Pride, ego, fear, or…? Was I stepping over dollars to pick up dimes? What could I have been doing with those weekends? How much progress on more critical projects could I have made instead of being waist deep in piles of leaves?

I know that the leaf example is a bit dramatic but I think you see where I’m going here. We hear business owners and key leaders talk about being overwhelmed all the time. We see them burning the candle at both ends being everything to everyone. The excitement about what they have and what they’ve built has been replaced by anxiety and stress of too much to do in too little time. Our busyness becomes the fuel for a self-fulfilling prophecy by which we don’t have time to properly train and hire so we don’t have time to properly train and hire. Sound familiar?

What are you saying no to in order to take on one more task or to do one more thing yourself? What progress could be made on critical milestones for your business if you remained focused on the big picture? As business owners and leaders, it’s mission critical that we spend our energies in a way that yields us the largest return.

If you’re feeling yourself being overwhelmed by the workload in front of you, start asking yourself if it makes sense to hire someone else to do the leaves.

Brandon Reece is the co-founder of Floodlight Consulting Group. 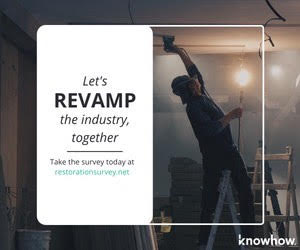