Is Pizza the New Sandwich for Mold Remediation?

For many of us who were involved in the early development of mold remediation as a sepa­rate subsection of restoration, it is sometimes difficult to realize that 20+ years of development means that the industry is not “new” anymore. Along with the recognition that mold remediation is a respected part of the cleaning and restoration world, comes the tendency to be complacent about the status and the standards that surround legiti­mate mold remediation efforts.

However, such complacency would be a mistake. With an expected release date of early 2022, the heated discussions about every proposed adjust­ment in the fourth edition of the S520 Standard for Professional Mold Remediation make it clear that the industry is still changing. Such adjustments are welcomed as all industries need to grow to meet the needs of their clients. One area of remediation that regularly needs to be addressed is the incorporation of technological advances, in both chemicals and equipment, that proliferate on an almost daily basis.

What Is a HEPA Sandwich Anyway?

Specifically, a concept that probably is a good poten­tial candidate for a “refreshing” or “reimagining” as compared to complacent acceptance is the three-step mold cleaning process known throughout the indus­try as the “HEPA Sandwich”. The HEPA sandwich was introduced as a concept to assist in the cleaning for mold remediation over two decades ago. From my recollection, the term is generally attributed to Rachel Adams, an early pioneer in developing and presenting mold remediation classes.

The HEPA sandwich is an effective mental image of what a detailed cleaning process to remove small particulates from surfaces should include. Like a sandwich, with the messy stuff contained between two pieces of bread, a HEPA sandwich places a wet cleaning between two rounds of dry vacuuming. This means that the process involves three steps, with vacuuming being the first and last activity. In be­tween, some form of wet cleaning is utilized, such as damp-wiping, washing, or hot water extraction.

While this HEPA sandwich approach has been used extensively for cleaning non-porous or semi-porous building surfaces, it has also been em­ployed successfully for a number of porous materials. For example, carpet that is impacted by deposition of mold spores but is not supporting visible colonies of fungal growth has been efficiently cleaned by HEPA vacuuming before and after a professional hot water extraction of the floor covering. Thousands of pieces of upholstered furniture have also been successfully saved using this method.

A New Take for a Classic Sandwich

Despite the fact that the HEPA sandwich cleaning technique has proven effective in most mold cases, there is a particular type of project where the stan­dard “sandwich” is not very “filling” in regard to the environment being clean enough. Years of experience in developing work plans for mold-contaminated environments, and then checking the effectiveness of the work that followed those directions, has led us to understand that the HEPA sandwich cleaning technique is not as reliable with occupants who have become mold sensitized as compared to individuals who can tolerate a “normal fungal ecology”. What is now clear is that cleaning for sensitized individuals, or other types of work that require a higher degree of removal of microscopic contaminants, oftentimes needs more than a HEPA sandwich.

With the long, established history of successful mold cleaning using a HEPA sandwich procedure, moving to adjust that venerable technique required quite a change in thinking. Despite some initial hesitancy, the combination of science, new technol­ogy, customer requirements driven by an increased awareness and prevalence of environmental sensi­tivity, and practical necessity justified an updated approach. In some cases, a HEPA “pizza” approach to cleaning instead of a HEPA sandwich can deliver cleaner results. Just like with a HEPA sandwich, the individual steps of the HEPA pizza work in concert as a final cleaning regimen. That means that a reme­diation or cleaning crew does not start making their “pizza” until after source removal and cleaning of the visible debris/gross filth have been completed.

Once a crew is at the stage of final cleaning, the HEPA pizza is a simple but critical adjustment of the sandwich approach. Instead of using the HEPA vacuum at both the start and finish of the three steps (the slices of bread in the sandwich), HEPA vacuuming is the foundation of the “pizza” pro­cess, similar to how a pizza starts with a solid crust to support the other ingredients. The HEPA vac­uum is the first step of the process because it is effective at removing loose particles, including both the visible particulate and those that are too small to see.

The “sauce” of the HEPA pizza is the wet cleaning. Any of the same variations of wet cleaning used for a HEPA sand­wich can be used in the HEPA pizza. Regardless of the chem­icals used during this step of the cleaning, a key ingredient is mechanical agitation while wet wiping. Spraying and wiping, or using saturated cloths, break the bond of small particles that keep them stuck to the surface and is critical for breaking up bio-films to loosen pathogenic contamina­tion. This is especially important for removing the liquid form of mycotoxins, the poisonous substances excreted by some molds. Since many mycotoxins are sticky, the combination of physical agitation from wiping and chemical action loosens and breaks down mycotoxins, en­abling more effective cleaning.

The primary difference be­tween a HEPA sandwich clean­ing approach and a HEPA pizza process is the fact that the second HEPA vacuuming at the end of the sandwich technique is re­placed with surface cleaning us­ing disposable microfiber wipes.

Why Change to a Pizza?

In the HEPA sandwich approach, HEPA vacuuming a second time theoretically picks up any tiny particles that were freed from the surface but not collected by the wet wiping. Some interesting sci­ence suggests that while repeated HEPA vacuuming may sound good in a work plan, it may not be the most effective last cleaning step in reality because of some fundamental principles of chemistry and physics.

One important aspect of that science is the attraction of small particles to one another and to surfaces that was first described by Dutch physicist Johannes Diderik Van der Waals. In sim­ple terms, Van der Waals forces explain attraction and repulsions between atoms, molecules, and surfaces. For very small par­ticles, the chemical/electrical attraction between the particles and the surface they are on may be greater than the removal force generated by the suction of a vacuum. Hard to imagine, but the extremely lightweight nature of many small spores and fragments actually allows them to stay on the surface because of the Van der Waals attraction, even in the suction stream of a HEPA vacuum.

Removal of very small par­ticles is also affected by chem­istry and biology. The biology of many molds associated with long-term water damage, like Stachybotrys, Fusarium, and Chaetomium shows that the spores and fragments are often held together in a sticky clump, probably to facilitate dispersion through the movement of in­sects, animals, and people. The chemistry of some of the liquid compounds produced by such molds, including the mycotox­ins discussed previously, gives added support to the sticky na­ture of these microscopic-sized particles. Therefore, if the first step of HEPA vacuuming and the next step of wet wiping have not removed all of the small, sticky mold residue, then biol­ogy, chemistry, and physics all conspire to keep a second round of vacuuming from delivering a clean surface.

By shifting from the HEPA sandwich cleaning approach to the HEPA pizza process, resto­ration professionals can focus more of their effort into utiliz­ing a cleaning process to obtain the results they want without investing time and labor in a final HEPA vacuuming step that delivers minimal value. Just as new baking techniques and combinations of ingredients can yield a fresh and delightful expe­rience with pizza, technological advances in cleaning tools and updated techniques can make cleaning both easier and faster for restoration professionals. Since time is money, and the industry is currently experiencing a labor shortage, using innovative micro­fiber cleaning tools can deliver more than just a cleaner surface.

What is so Special About Single-Use Microfiber Cloths for Restoration Professionals?

When microfiber cleaning prod­ucts first entered the market, people quickly recognized how well they cleaned, but most peo­ple washed them because they were expensive. From this experi­ence, several things were learned related to using microfiber for restoration jobs:

Single-use microfiber avoids these issues altogether because every pad used on the jobsite is brand new. When paired with wall cleaning hardware, restoration compa­nies have experienced more than a 50% reduction in time needed to clean walls and ceilings, leading to quicker completion of the job with less effort and greater profitability.

The impressive results from single-use microfiber cloths have even led a number of companies to use them during the wet cleaning phase of the HEPA pizza. The good news in that regard is that current­ly, every known commercial cleaner and disinfectant com­monly used in the restoration industry is compatible with single-use microfiber.

It is fascinating that many sen­sitized individuals already are using microfibers for daily cleaning. Since ill individuals measure success in symptom reduction, they know that microfiber cleaning products work to remove contaminants from even visibly clean surfaces. Consul­tants and contractors that spe­cialize in cleaning structures for mold sensitized individuals have also begun to make the move to HEPA pizza cleaning with a dry microfiber wipe as the last step. Many have learned the hard way that it is the best approach to help them pass stringent post-remedi­ation clearance criteria.

If any additional rationale was necessary, the experience of pharmaceutical plants, medi­cal facilities, and even everyday businesses opening from COVID restrictions, have confirmed that using a HEPA pizza approach is a win-win-win situation for the contractor, the consultant, and the customer.

Stephen Leung is a busi­ness manager with Contec, Inc. and has served as product steward of US EPA reg­istered disinfectants. As a Certi­fied Forensic Operator, an AHE T-CHEST (Association for the Health Care Environment Trainer– Certified Heath Care Environ­mental Services Technician) and Six Sigma trained Black Belt, Mr. Leung has authored articles which have been published in a num­ber of industry publications and volunteered time and expertise for the development of the RIA Foren­sic Restoration Guidelines. During the COVID-19 pandemic, Stephen authored decontamination proto­cols and contributed to cleaning guidelines for ISSA’s GBAC (Global Biorisk Advisory Council) and other organizations. With more than 20 years of professional clean­ing experience with wipes, mops, and chemicals, and a willingness to share and to learn, Stephen can be reached at 864-640-3513 or sleung@contecinc.com

Michael A. Pinto is chief executive officer of Wonder Makers Envi­ronmental, Inc. He has earned six professional designations including Certified Safety Profes­sional (CSP), and Certified Mold Professional (CMP). Mr. Pinto is the author of over 230 pub­lished articles and several books including, Fungal Contamina­tion: A Comprehensive Guide for Remediation. He has volunteered extensive time and expertise for the development of the RIA Forensic Restoration Guidelines, IICRC S520 Standard for Profes­sional Mold Remediation, and the RIA/IICRC/AIHA white papers explaining proper procedures for addressing the SARS CoV-2 through cleaning and applica­tion of disinfectants. Michael can be reached at 269-382-4154 or map@wondermakers.com. 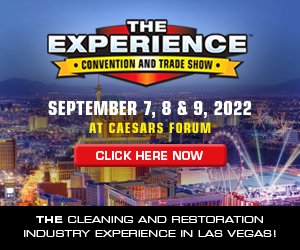