In any business endeavor, there are those who think this-or-that is an excellent idea and on the other end of the spectrum those who want to vilify the effort. There are many options for intentional restorers to enrich their personal and professional development, but there are also many industry commentators who enjoy riding a high horse as they opine on aspects of our trade.

My fingers are burning as I consider a favored target of these forumites: fire chasing.e

Whether you are growing your career or growing your business, you must always remember one key thing – it’s your DANG journey. No one is going to walk it for you. No commenter on social media, no coach, no consultant, no author, and certainly no mediocre podcast host, is going to take the direct hits when you fail or feel the wins as deeply as you do when you succeed.

While it is smart to seek and take in good counsel on any element of business that may be new to you, I think it is important to consider a few universal questions:

What is fire chasing?

In its broadest application, fire chasing would apply to any contractor showing up to a fire-damaged structure without being invited. In the extreme opposition to chasing a fire damage loss, the detractors would have you believe that the only ethical approach to such a project would be via the invite of the agent, adjuster, and/or the client. This is laughable at best given that so many of these same people likely would lambast preferred vendor or third-party administrator (TPA) work, which is where the majority of these magical invites come from.

Want to read another take on this topic from a restorer?
Click here!

Ask your friendly neighborhood social media pundit which is the worse evil in their unsolicited opinion: program work or fire-chasing?

What is the method of fire chasing?

It’s comical, and lacks historical perspective, for anyone to label fire chasing as ambulance chasing or any other derogatory term. Modern fire fighting as we know it came out of firefighters literally chasing fires and fighting each other for the right to be paid to fight the fire by the insurance company. Let Smithsonian Magazine paint the picture for you,

In a scene from the film Gangs of New York, set in Civil War-era Manhattan, a crowd gathers in the night as a fire breaks out. A volunteer fire department arrives, and then another. Instead of cooperating to extinguish the blaze, the rival fire companies head straight for each other in an all-out brawl as the building burns.

Some, likely those who have never engaged in the practice, speculate that organizations have someone sitting at a desk listening to the EMS CB radio frequency, ready to pounce at a moment’s notice. This may be true for some, but there are several options more sophisticated than this.

When I was in Lane County, Oregon, there was a website that listed all such activity in the area and our practice was to monitor calls where the fire department was on site for more than two hours as potential structural losses. If you decide to monitor calls, remember the majority of calls for fire departments are medical responses.

For those that are gasping at the thought that an average restorer like myself engaged in fire chasing, we did a LOT to offset any perception that we were ambulance chasers.

I was in a market that was on the larger side for Oregon, but smaller compared to many national markets, and the majority of my experience was positive. We built some great relationships with local fire departments and service organizations and we won over some large projects for clients who believed our team was best suited to assist them with their home restoration. I saw many people do things that I wouldn’t do, but most did not cross the threshold of illegal or unethical.

Ask your friendly neighborhood social media pundit whether they have ever participated in the execution of a direct response effort?

Providing for your family and growing your business is a battle. No one should look down on another person for trying to do either of these things. In my opinion, fire chasing is not a dirty methodology. Obviously, some people do it in less than reputable ways and it is important for members of the industry to address this. Bad actors are bad for your reputation in a local market and the perception of the industry as a whole.

If someone has a fire at their property, someone is going to assist them with those damages. Why would you not make an effort to introduce yourself to provide those services, especially if you believe that your team is best equipped to help your community members with areas of need that you specialize in? Who is going to get the fire damage? Statistically, it will probably go to a preferred vendor. So, if you object to fire chasing, are you supporting program work?

Ask your friendly neighborhood social media pundit whether they object to direct to consumer sales efforts in any other medium; if not, how is direct interaction with a fire-damaged home or business owner different?

To continue our brief history lesson, early fire departments were neighbors helping neighbors, the bucket brigades. Then hose companies, mostly staffed by volunteers, formed as fraternal organizations and to assist their communities in fighting fires while battling competing organizations for first rights to the primitive fire hydrants closest to a scene. Merrimack Fire & Rescue notes the following,

With bonuses offered as incentives [by insurance companies], rivalries ensued between groups. Marked homes and businesses were brawled over, while residences on the same street, with no fire mark [from the insurance company – denoting a “covered property], often burned to the ground.

The earliest organized fire departments were competing for preference and payment by the up-and-coming insurance policies related to fire-damaged structures. So, in many ways, not only were fire departments the original fire chasers; they were also the first preferred vendors

Please understand, it shouldn’t matter for one minute whether I, as an author of three moderately selling books, host of a mediocre podcast, or average restorer with over 20 years experience in the trenches from the great state of Washington, am neither for nor against fire chasing.

If you are keeping notes, I am against anyone telling you what you should or should not be doing in your business without having a vested interest in your victories or some bearing of the burden in your losses. My main point is, be careful not to throw the baby out with the bathwater. With the not-so-subtle accompanying point being, get off your dang high horse.

I question aloud whether those who are most ardent in speaking out against fire chasing have ever executed the effort, or if they enjoy the view from their perch as they pick at people who do something they are too scared to try. So, whether you are considering fire chasing or any other growth strategy for your business, you may find it helpful to cycle through the questions outlined in the opening of this article. Other than that, who cares? 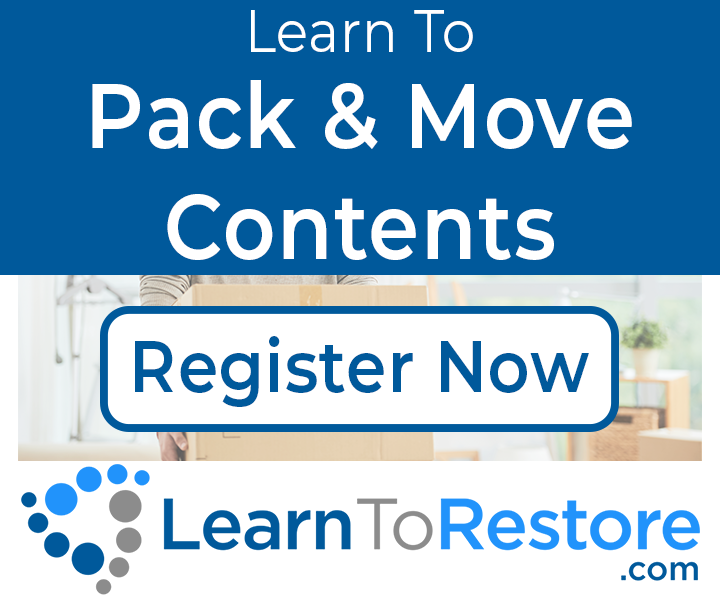