How to Save Your Bacon With A Strong Release of Liability

So, whenever there’s an issue on a job, we just get a release signed and all our problems go away, right? Not so fast, guys! Releases are not magic wands and there are all sorts of ways customers can kill your releases if you’re not careful. What’s more, imprecise drafting of a release could jeopardize your whole contract and backfire on you.

Emergency mitigation and remediation is relatively high risk work, and restorers have targets on their backs.

We’ve defended cases brought by plaintiffs claiming that mold contamination created by the restorer destroyed items made of glass and ruined the plaintiffs’ sex lives. In another, a plaintiff claimed that mold exposure caused her “skin to glow in the dark.” When the polar vortex slammed Texas this year, some restorers were unable to perform work up to typical standards. So it’s no surprise that restorers are inclined to seek releases of liability. I’ve drafted waivers in many restoration contracts for many different reasons, but the overzealous use of releases can create a host of new, unanticipated problems and leave you subject to attack by your customers and their evil lawyers.

But don’t fret, your ‘ol Uncle Ed will give you the heads up on what they’ll try to do to you, and ways you and your lawyer can try to prevent it.

First, just because you have a signature on something that says you’re not liable for something doesn’t mean you won’t be liable. In fact, releases and waivers are generally disfavored by the courts. That doesn’t mean they’re not enforced; it just means they need to be written in a certain way. Releases, waivers, and hold harmless provisions all have very similar functions. For simplicity, I will broadly refer to all of them here as “releases.”

To be enforceable in most courts, releases must be reasonable in scope, express, clear, and conspicuous, and even if they are all of those things, they may still be unenforceable if they would render the contract illusory.

“Reasonable in scope” usually means the release does not disclaim liability for gross negligence, fraud, or intentional misconduct. Gross negligence is a lack of care that demonstrates reckless disregard for the safety of others. “Reckless” behavior is an act that is so careless, it would be considered an extreme departure from the care a reasonable person would exercise.

I recently went scuba diving at night with the giant manta rays in Kona (an experience I highly recommend). The dive shop made me sign a release of liability for everything under the sun. I accepted the risk that one of Kona’s Great Whites would bite my head off that night. It would be unfair to hold the dive shop responsible for that, and reasonable to ask me to release those claims. 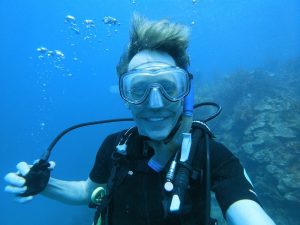 However, if they took me out on a leaking boat that they knew was about to sink and I drowned, it would be unfair to deny my family a recovery for that. The release would be unenforceable.

“Express” means there is a visible communication of the intent to be released. If we want someone to release rights or refrain from suing us, we want a written statement from the customer expressing the intention to relinquish that right. Oral waivers are sometimes enforced, but it is too risky to rely on them.

“Clear” means the ramifications of the release can be easily understood by a person with no legal training. It must be clear as to what specific types of claims are being released. They will attack you if the language is vague or indefinite.

The release I signed in Kona explained in vivid detail all the ways I could have died that night (stay away from the propellers). The shop was laying the groundwork for the defense called “assumption of the risk.” When people knowingly and voluntarily expose themselves to a risk, there is no right to compensation for harm that results from that exposure. For example, if your customer breaches your containment when you have a “DANGER: MOLD – DO NOT ENTER” sign posted, and the customer develops aspergillosis as a result of the exposure and sues you for negligence, you will prevail with the defense of assumption of the risk.

“Conspicuous” means the release should be eye-catching. Courts consider releases to be more important than many other parts of a contract, so there is a better chance they will be enforced if they are not buried in fine print. Ideally, they would have distinct formatting, such as larger fonts, boldface type, and/or capital text.

“Illusory contracts” lack commitment. For a contract to be enforceable, there must be some sort of an exchange of value (“consideration”) between the parties. If our releases are so broad they strip away nearly all of the customer’s rights, the whole contract may be deemed “illusory” and unenforceable. Overzealous remediators have been known to write mold remediation contracts stating that they are not responsible for mold. Then what are they responsible for? If your release relieves you of substantial promises and real obligations, the release (and perhaps the entire contract) could be deemed an unenforceable illusion. If the whole contract is unenforceable, the price provision and attorneys’ fees provisions go out the window and the restorer has to rely on weaker theories like implied contract or oral contract just to get paid.

Seek professional help. The IICRC Standards state that restorers “should” consult with a legal professional in preparing legal documents. It’s cheap insurance. Drafting releases requires legal training but if you want to write the first draft of a release within the framework set forth above, it will minimize your attorneys’ fees. Rather than trying to create something ironclad, the more realistic goal is to make the release as bulletproof as possible.

Benefits. Special care should be used in drafting releases to ensure they are within the bounds of the law, and they are reasonable under the circumstances. Many companies that provide liability coverage to restorers require the restorers to limit their liability contractually with “hold harmless” provisions. Drafted fairly, and used in the right situations, releases and waivers can improve your insurability and be an important component of your risk management strategy.

Ed Cross, “The Restoration Lawyer,” represents restorers nationwide from offices in Palm Desert, California and Honolulu, Hawaii. His firm drafts restoration contracts, collects money for restorers, and represents them in litigation. He is the Restoration

Contractor Advocate for the Restoration Industry Association. He can be reached at (760) 773-4002 or by email at EdCross@EdCross.Com. For more information about assignments, please visit www.EdCross.com/aob.