Free Estimates? Can You Spot the Policyholder Who Merely Intends to Cash Out?

I receive lots of calls from restorers who are sick and tired of writing estimates for policyholders who do not intend to hire them to perform the work. Policyholders use well-written estimates to increase their insurance recoveries, often at the expense of the estimator.

It can be enormously time-consuming to prepare a good estimate. This is precious time taken away from paying work. Estimating requires professional expertise, so why shouldn’t that time be compensable? Well, it may be if you set it up right, but that doesn’t necessarily mean it’s a good idea for your business. Be aware of the hazards and pitfalls that must be weighed in making the decision of whether to charge such a fee.

1. What Kind of Fees Can Be Charged?

To combat the problem, some restoration contracts now call for “cancellation fees.” To my knowledge, this is mostly untested in the courts, but the name “cancellation fee” might be problematic. Customers may argue that they received nothing of value in exchange for the “cancellation.” Depending on the circumstances of the transaction and state law, a cancellation fee could be deemed unenforceable due to a lack of consideration. The rebuttal is that the cancellation frees the customer of the duty to pay the full contract price, but that’s not an argument I want to have.

“Should we call it a penalty?” No. If something looks like a penalty, it will probably not be enforced. I never put the word “penalty” in contracts, and it should not be used in communications with customers.

The safest tactic would be to name the fee after the value received by the customer. The whole reason we’re having this discussion is because policyholders are handsomely compensated when they present a high quality scope of work to an insurance company.

In my opinion, a contractor should be able to charge a fee for preparing a significant scope of work in the same way that a design professional, such as an architect or engineer, charges for design services. Preparation of a detailed scope usually requires a thorough inspection of the property, measurements, technical expertise in construction, health and safety, material selection, project management, extensive calculations, and the use of sophisticated estimating software, among other things. These are acquired skills. My attitude is that if technical skill is used to deliver a bona fide benefit to a customer, the customer can rightfully be asked to pay for that effort. The request must be made carefully, following the advice of a licensed attorney. Don’t assume that the insurance company will be responsible for paying the fee. That question is beyond the scope of this article.

Some restoration contracts call for “estimating fees.” While that title is better than “cancellation fee,” it contains the word “estimate,” which is weak, in my opinion. Few, if any of us, have ever paid anyone to write an “estimate.” The word “estimate” sounds indefinite and uncertain. Keep in mind that a synonym of “estimate” is “guess.” “Bid” is a more confident word than “estimate.”

Don’t be afraid of the word “bid.” It does not mean the price will never change. Every restoration contract should have a change order provision. It is often appropriate for contracts to include an explanation that prices provided are approximations based on initial visual observations, and that they are subject to change.

If the word “bid” rubs you the wrong way, consider calling it a “scope.” Anything is better than “Estimate,” in my opinion, and “Scope Preparation Fee” may be the safest name for these fees because a well-written scope may have monetary value to a policyholder.

2. The Right to a Fee is Not Automatic

Don’t bother asking for a fee unless the customer signed a contract that clearly and conspicuously requires payment of a reasonable fee. The scope preparation fee must be clearly explained in a written document signed by the customer. Assume that customers will not see the reference to the fee in the contract. Explain it to them, and have them initial it.

To be enforceable, the amount of the fee must not be shocking. If the fee equates to thousands of dollars per hour for estimating time, it may be unenforceable, particularly if there was no opportunity to negotiate it. “Take it or leave it” deals are difficult to enforce.

Sometimes, the simplest and safest course of action is to structure the fee based on a reasonable hourly rate or a flat fee, rather than a percentage of the amount paid by the insurance company. The hourly rate should generally be in line with hourly rates charged by similarly-qualified professionals in the same market.

3. Should I Require a Fee from All Customers Who Do Not Hire Me?

In my opinion, the answer to this question is “no” because the request for a fee will reduce sales, at least to some extent. Companies that elect to charge these fees should think twice before asking for them from quality customers who seem reasonably likely to sign a restoration contract. It may be a turn-off.

In deciding whether or not to charge a scope preparation fee, consider the magnitude of the loss, the relationship and trust factor with the policyholder, the competitive landscape, and the estimator’s gut feeling about whether the customer is likely to agree to the bid and sign a contract. The more time and effort required to prepare an estimate, the more that a scope preparation fee would be justified and fair.

If the customer balks at a scope preparation fee, you may not have wanted that customer in the first place. Use experience and professional judgement to determine whether the refusal of a scope fee should be a deal breaker.

Learn to spot customers who are not likely to sign a contract. Some telltale signs include apprehension or hesitancy. Some say they might cash out, or they are simply collecting information and have not yet decided whether to hire a contractor. Others say their brother/sister/grandma is a contractor and might do the work. These are red flags that may justify the request for a fee.

Bad PR? We must be mindful of the fact that “free estimates” is a common phrase in American commerce. You’re better off with savvy customers than naïve ones. Savvy customers carefully vet service providers. “Why should I pay you just to tell me what you will charge?” You’ll need a strong response to that question. They’re not paying you to tell them what you will charge. They’re paying you for your years of experience and training, and the thoughtful technical analysis required to prepare an accurate scope of service. To lessen the potential stigma, many contractors waive the fee if the customer signs a contract for the work.

4. Charging a Scope Preparation Fee is Not Public Adjusting

Unauthorized public adjusting is a crime, so it is important to understand your state’s definition of “public adjuster.” This concept confuses many.

“[A] person who, for direct, indirect, or any other compensation acts on behalf of an insured in negotiating for or effecting the settlement of a claim or claims for loss or damage under any policy of insurance covering real or personal property.”

Ultimately, each company needs to independently develop its own strategy without coordination with competitors. When my clients are sitting on the fence about whether to implement a certain strategy, I usually tell them to try it on 10 jobs as a test. These clients are often pleasantly surprised at the results of these tests. Your results may vary.

Edward H. Cross is president of Law Offices of Edward H. Cross & Associates, PC in Palm Desert, California. Since 1997, he has specialized in representing restoration contractors across the country. He can be reached via email at EdCross@EdCross.com. 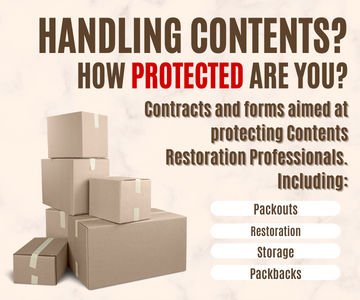 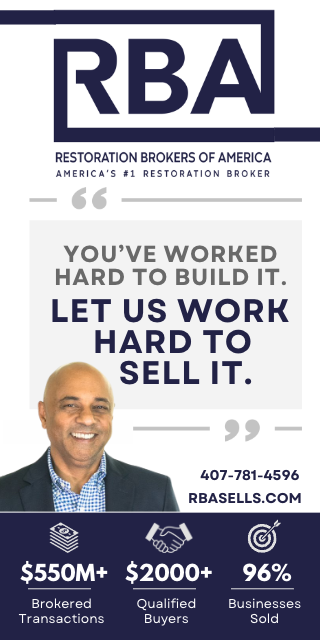