Closing the Communication Gap Between Restorers and Adjusters

George Bernard Shaw, the Irish playwright, famously said “the single biggest problem in communication is the illusion that it has taken place.”

This quote comes to mind when I think about the communication – or lack thereof – that exists between restorers and adjusters.

Communication between restorers and adjusters has been breaking down for years and that’s created a lot of misunderstanding and misinterpretation. It’s something we see every day: restorers assume pushback is inevitable; adjusters don’t feel the documentation supports the invoice; policyholders expect to get screwed over. This industry is ripe with mistrust, creating a losing situation for everyone involved. Worse yet, is that it’s widely acknowledged and accepted – though it doesn’t have to be.

Fixing a gap across an entire industry

But where do you start with fixing a communication gap across an entire industry? That is the very question that inspired my co-founders and I to create Encircle in August of 2012.

I became familiar with the property insurance industry back in 1989 when my roommate, and still close friend, was writing policy management software in our living room. Then again, during my decade at BlackBerry, where the property insurance vertical was one of our most important market segments. We worked with several large insurers to build mobile apps to connect them with their third-party servicers and policyholders.

These experiences gave me a front row seat to see the communication gap that existed between the lawyers, actuaries, and accountants that lead the insurance companies, and their more tactile-oriented third-party servicers and policyholders. Essentially, I saw numerous examples of communication breaking down between parties. This inspired me – I wanted to fix it without anyone bending on their requirements or desire to simply do their job.

Understanding the opposing perspectives and needs

The insurance company is essentially an auditing committee managing risk. This requires as much accurate data as they can get their hands on in order to underwrite policies and settle claims. Restoration contractors, however, are tactile-oriented. Their focus is on mitigating and restoring properties. When they’re on a highly stressful job and supporting homeowners, collecting data is the last thing they’re thinking of. What the insurer needs is for third-party servicers to use their knowledge in assessing the physical conditions of a property to create clear reports that stand up to an audit review and a court of law. Any ambiguity in the reporting increases liability for the insurer, which is exactly what they don’t want. So, if a restorer’s job documentation doesn’t stand up to scrutiny, this is where the breakdown begins.

The real opportunity to change this dynamic came in 2012. Smartphone technology had advanced enough that it was now a viable, multi-use tool. I knew it was capable of collecting the data required to bridge this gap between restorers and insurers – but to be truly useful, it needed to be designed with field techs in mind. The biggest challenge was building a mobile app designed for tactile-oriented workers. Tactile-oriented workers navigate their world through visual constructs and prefer to work with physical tools on physical structures. This is why there’s nobody better suited in helping us when a disaster hits our homes! Yet, they represent the most underserved part of our society when it comes to usable software tools. For field technicians, there just wasn’t an app for that.

Where did earlier systems and apps go wrong?

For decades, the systems that restorers have been working with have been highly administrative. Most of them are critical to their company’s operations, such as line-item estimating, accounting, CRM, and job management systems. These systems are back office operating systems managed by administrative users. As demand for more detailed and timely reporting from insurers grew, restorers needed their field workers to capture the necessary data on a job and provide it to their admin professionals faster and faster. This proved very challenging, despite many of these back-end administrative systems releasing mobile apps for the field teams to use. Turns out, in the office managed by admins, these systems were invaluable, but in the hands of a tactile oriented worker in the field, these mobile apps proved cumbersome and unreliable.

One platform for everything? Unlikely.

The promise of one platform serving all the necessary functions and bridging the administrative / tactile gap has proved elusive. The reason is that it is near impossible to compile a software development team that can think, design, and build for opposite mindsets at the same time. They either serve the administrative mindset or the tactile oriented mindset, but not both. But, that doesn’t mean we’re at a dead end.

For decades, software providers for other large vertical industries have adopted an open ecosystem approach to integration. Simply put: letting customers choose the solutions they need for their business and integrating them. The beauty of this is that it allows customers to build a model that works for them instead of conforming to a forced model.

These software vendors maintain open APIs that allow users to connect multiple systems together to reduce errors, or double entry, and streamline the flow of data. Zapier is a great example that highlights how important the interconnectivity of systems is in any industry. They have thousands of ‘Zaps’ that any operations professional can use to connect systems in their tech stack, without development resources.

In the restoration industry, an open ecosystem empowers restorers to easily serve the growing demands of real-time reporting from both the insurer, and the policyholder, without introducing cumbersome processes in the field. Armed with the right software tools, meeting the data demands from carriers is not only attainable for every restorer, but also improves their bottom line.

As private equity firms continue to show great interest in buying up restoration companies, they are also noticing a trend: it wasn’t the back-end systems that had the biggest impact on profitability and operational efficiency – it was the system used to support the workers in the field where restorers make and lose money.

Not only have private equity firms acknowledged the impact of empowering field workers to improve data capture and reporting, but so have adjusters and lawyers. I recently spoke with an adjuster who was reviewing a file where the lead tech included a 2-minute scope video of a water loss. His reaction was, “This mitigation scope video is a game changer for setting the loss reserve.” After seeing the same report, Ed Cross, The Restoration Lawyer, said, “Wow, that’s an awesome report. The video is particularly helpful. That investigator really knows his stuff. I wish I had him on all of my cases.” This restorer includes a scope video on every mitigation services report because it leaves nothing for the adjuster to interpret. It closes the communication gap and harmonizes the decisions of all parties involved.

We know that closing the communication gap is essential for the property claims ecosystem to truly serve the needs of its policyholders/customers. But to do this, we need to make it easy for the restorers to collect data in the field. No more empty promises, admin-heavy processes, or cumbersome tools.

We live in a data driven world, where customer satisfaction is achieved through efficiencies gained from accurate, verifiable, and timely data. Amazon would not exist without it. 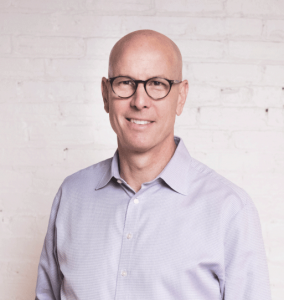 Paul is an accomplished entrepreneur and technology executive with over 25 years of experience solving productivity issues with innovative technology. Prior to co-founding Encircle, he was the COO at PushLife which was acquired by Google in May 2011. Paul spent the prior decade on the senior executive team at BlackBerry and was also the Founder and CEO at PeerDirect, which he sold to Progress Software in 1999. Paul is an active mentor, coach, and angel investor in Canada’s Technology Triangle.