AGA in 2020: Open Dialogue Is Leveling the Playing Field

This year, the Restoration Industry Association celebrates its 75th birthday. Over the last three-quarters of a century, the RIA has gone by many names and acronyms, seen countless leadership changes, and gone through phases of both heavy industry influence, and periods of remaining on the sidelines.

When I joined the restoration industry as the Editor-In-Chief of Restoration & Remediation in early 2015, the RIA’s International Restoration Convention + Industry Expo was the very first event I had the privilege of attending (remember in-person events? Gosh, how times have changed!). Over the next few years, I was able to get more involved with the association, serving on the Membership Committee and Young Professional Restorers Committee. Through those committees, I was fortunate to meet a number of passionate restorers committed not only to the RIA’s mission, but to elevating the industry as a whole. The problem? Until the last year or so, I saw little traction or forward momentum within the organization.

Now, let’s step into 2020. The tide has changed, significantly. Today’s RIA is not what it was even just a few years ago.

From my seat, for whatever my seat is worth, today’s RIA is once again a vital part of our industry. In addition to forward-thinking leadership by current RIA President Mark Springer, the Board of Directors is full of heavyhitters dedicating countless hours to elevating and unifying the restoration industry.

Some of this newfound momentum is thanks to a new association management company, Association Headquarters, and RIA’s CEO Kristy Cohen. There is also the RIA’s new partnership with the IICRC, and the creation of new advanced designations including Content Loss Specialist, Fire Loss Specialist, and the upcoming Environmental Restoration Specialist.

The tide has changed, significantly. Today’s RIA is not what it was even just a few years ago.

Perhaps the most vibrant part of today’s RIA is the Advocacy and Government Affairs Committee. This group of immensely dedicated volunteers, alongside Restoration Advocate Ed Cross, are working tirelessly to create industry position papers, lead critical discussions with Xactware and TPAs, and as a result create a very fair and level playing field for restoration contractors in the future when it comes to pricing, serving customers, and getting paid.

While Cross spent months behind the scenes preparing to advocate strongly for restorers, his initial public conversations with Xactware Founder Bill Loveland during the RIA’s Technical Fire Restoration Summit in late 2019 put tangible momentum behind the AGA movement. If you missed that event, or the highlight reel floating around on social media, Cross asked tough questions, and got honest answers from Loveland.

Since that event, Verisk President Mike Fulton has stepped into the conversations with the RIA. Verisk is the
parent company of Xactware.

“My contention is we are very willing to work with the RIA and contractors in general to come up with a better process, and we appreciate your feedback,” Fulton said during the May 21 Virtual Town Hall discussion. Since then, the AGA and Xactware have continued having regular conversations, including a series of town hall sessions online, to discuss the various pricing issues contractors are facing (such as labor rates, emergency services, equipment, etc.), and to find a way to overcome them.

One important point to note is that the AGA understands there are multiple parties involved on losses and who need to get paid, and it needs to be fair across the board for the customer, contractor, and carrier.

“There are a lot of players in the claims ecosystem, of which contractors are one stakeholder… and from my perspective and the RIA’s, a very important piece of that ecosystem. We want to stay focused on that,” Springer said during the May 21 Town Hall. No one is advocating that contractors should be able to charge whatever they want; but they should be able to charge based on a fair market value based on their services.

One big question that has surfaced during these conversations is whether or not pricing feedback is actually sought by Xactware. While Xactware has previously said they reach out to contractors for feedback, an informal survey of contractors found that not to be the case.

On several occasions, the RIA has shown graphs of labor rates in certain markets that have been stagnant for a decade or more. Since the AGA as a whole started fostering change and encouraging contractors to give more pricing feedback, there does appear to be some movement as to pricing in some markets. A big shout out is to be given to AGA Pricing Subcommittee Chair Ben Justesen for teaching contractors how to give feedback and influence price lists, beginning several years ago.

Another big question: Are Xactimate prices the end-all, be-all, and adjusters can take them as Gospel, or should there be some wiggle room? Perhaps the strongest thing to come from these discussions is the emphasis of wording within the Xactimate user agreement, which says in part:

“Xactware does not warrant the accuracy of pricing information in the Price Data. Price Data are intended to be a representation of historical information to be used as a baseline or place to begin creation of an estimate. You are responsible to ensure the estimate includes pricing consistent with components including but not limited to actual materials, equipment, and labor pricing.”

“An estimate, by definition, is an imperfect thing,” Fulton said during one of the discussions, specifically relating to emergency services. “It’s an approximation and best guess based upon the information you know going into it. I guarantee you, my cost to do a job is always different from the estimate I’ve written, because there’s always going to be unforeseen things.”

He continued by saying, “The challenge for a contractor is that you’re often bound to live by the estimate that
you’ve written, and so you try and cover some of those contingencies on an emergency service.”

Fulton also said, just like in any industry contractors write an estimate for their work, at a particular price. The consumer and/or insurer can accept, reject, or counter. He admits insurers are trying to get a handle on costs, not unlike the medical industry; but standardization of costs across the board doesn’t always work.

The bottom line: Xactimate prices are an average price, and therefore estimates for work can vary from contractor to contractor and job to job, and other parties should not view Xactimate rates as non-negotiable.

I strongly suggest pulling out your agreement and reading the rest of 11.3 under the Xactware’s “Limited Warranties” section.

Pricing, of course, is just one part of the AGA movement. Issue papers are another key component. These volunteers, alongside Mr. Cross, are truly putting pen to paper to create strongly-worded one-page documents that restoration contractors can present to adjusters, carriers, and insureds to back up their prices and way of handling claims.

The last position paper was on TPA Scope Change Requests. By the time this is published, there will likely be more available to RIA members.

The AGA keeps working! And ideally, more restorers will get behind this movement. This article just barely touches what the AGA has discussed and accomplished so far.

On the AGA’s side, be on the lookout for results from the TPA Score Card that was open to the entire industry
throughout the month of July. It is my understanding that nearly 1,000 contractors weighed in. That data is now being compiled and a report will be published in the coming months.

The goal is for Cross to be able to advocate on behalf of the industry in the future; but that takes big support beyond just the current membership.

The RIA is everything it always has been: a group of very passionate restorers committed to bettering the industry as a whole. But it is also so much more. There are brand new advanced designations, more education than ever – and now an AGA momentum to elevate restorers to a new level.

If you are not a member of the Restoration Industry Association, now is the time. RIA

Michelle Blevins joined Restoration & Remediation as Editor-in-Chief in April 2015. As a journalist and writer, Michelle has learned the true key to successful publications is relationships. With a passion for education, she has created valuable, lasting relationships with many in the restoration industry and leaned on their knowledge and expertise to educate R&R’s readers through their monthly magazine and a multitude of other online avenues.

PrevPrevious5 Questions with Carol Driscoll
NextAre You Ready When the Storm Comes?Next 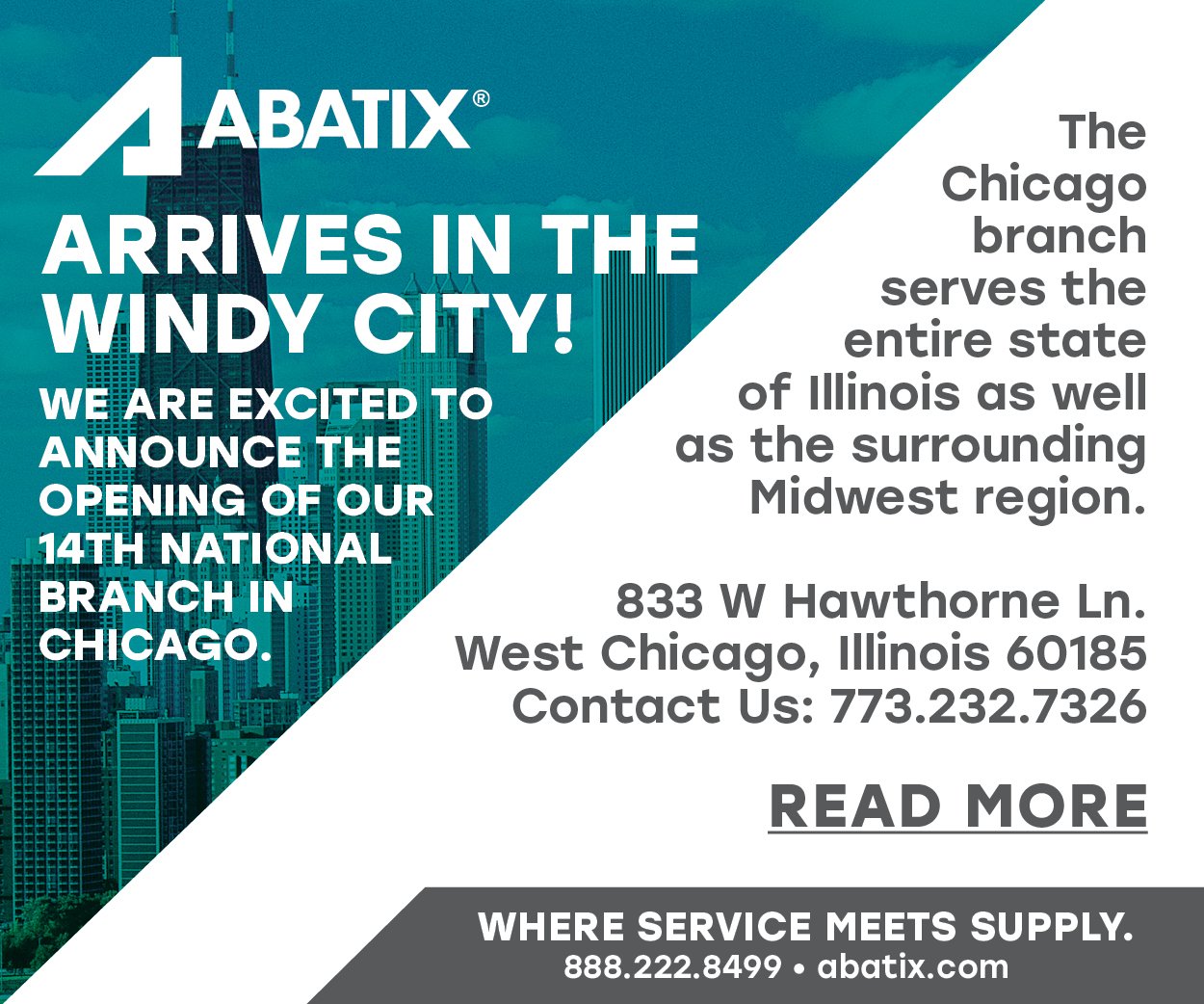 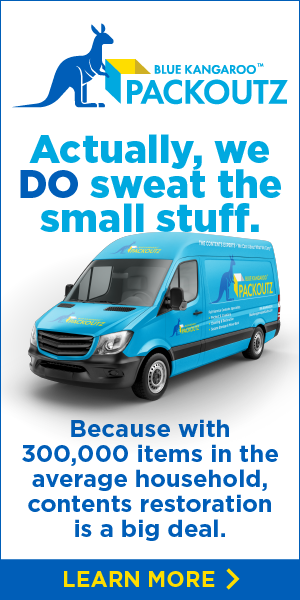