A Journey of Innovations In Restoration Technology

You know the old saying, “an education is what you get when you don’t get what you want.” And extrapolating that to “wisdom is what you end up with when you have learned your lesson more times than you care to admit.”

Therefore, I am not sure if I bring you this from the high and mighty position of having been in this industry for 30 years, or from the lowly position of having learned the hard way more times than I care to admit. But I do feel that the best way to navigate the future is to understand where we came from. I would like to start with some of my biggest influenc­ers over the years.

The two lead-in industries that fed the restoration industry as it is today are carpet cleaning and con­struction. I can recall early on in my career being asked by a salty adjuster if I was a GC or a cleaner. I remember taking it personally back then since I was in fact doing both, but truth be told I was a cleaner. 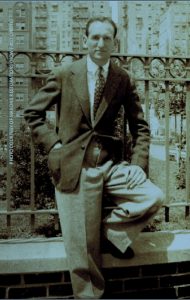 Max Gersh, founder of Maxons Restorations, started his upholstery and carpet cleaning empire in New York City in the 1950s.

As a teen in the 1920s, Maxons founder Max Gersh delivered “wet wash” on horse and buggy in the streets of New York City. For reference, wet wash was a service that laundered your clothes but delivered it back damp so you could hang it out on your own line to dry. That young man went off to college, studied chemistry, and made advancing cleaning technology his life’s mission.

Fast forward to the 1950s, Max had a growing car­pet and upholstery cleaning empire by leasing count­er space at some of the most prestigious department stores along the East Coast. It was then he stumbled upon a loss that gave him the idea of doing more than just carpet and upholstery cleaning. Max was an early innovator in the cleaning industry by coming up with the right mixture of chemicals to clean deli­cate fabrics with smoke or water damage.

The innovating didn’t stop there. After spending most of his profits keeping his employees through slow times, Max took his top supervisors and loaned them money to start subcontracting businesses. To­day, the second and third generation of those original crews are still active in the NYC restoration market. Max trained me and my peers well into his 80s. He taught me the dying art of identifying and cleaning antique period pieces and Persian rugs, but most of all how to connect with and listen to people. Max lived to 96 and got to see his team rise up after the tragic events of 9/11 and restore many properties in­cluding the Great Seal of the President which hung in George Washington’s pew in St Paul’s Chapel directly across from the North Tower.

Wow. This is starting to feel like one of those old fogie articles talking about “I remember when…” but the best way to learn and navigate the future is by seeing how we got where we are today, right?

I had a vendor-turned-employee named Bob Held who was an air force machinist and earned a bronze star by developing a tool that took an aircraft repair job from four hours to under 30 minutes. His contri­butions to our development in the restoration indus­try are countless. Before we had hydroxyl generators or Vapor Sharks, he developed a spot deodorizer by inserting liquid deodorant into an evaporative humidifier to help get an initial knock-down of odor after a fire before source removal could be accom­plished. He also taught us tricks to using the HVAC system within a building and activated charcoal to knock down odors after a fire.

Bob started his career in restoration as a duct clean­er in New York City where space was at such a premi­um that the normal negative air machines that existed in the 80s were too big to fit down the stairs in a NYC brownstone. He took sheet metal and built his own “slim” machine that could fit down the narrow stairs.

Another issue Bob overcame was not always having access to a water supply; he created his own tanked pressure washer. In the twilight of his career, he de­signed a vertical warehouse operation that allows one worker to singlehandedly load a box truck with resto­ration equipment in record time in order to get out to a job faster. Bob passed from cancers attributed to the 9/11 dust he inhaled cleaning up hundreds of HVAC systems after the tragic terrorist attacks.

How technology changed the face of communica­tion in our industry in just the time I have been involved is amazing. Being in the on-call emergen­cy restoration business 30 years ago meant using a pager, a phone card, and a payphone on the side of the road to connect with new claims and dis­patch services after hours. Today, everyone carries a smartphone and before you can even hear it ring, you can have a full claim assignment generated and sent out automatically. No one gets a contract signed on paper anymore; it’s all signed on a smart­phone or tablet with a finger and emailed to all parties instantaneously.

Our drying equipment has seen so much advance­ment it is hard for people to understand how we used to dry out structures without the LGR refrig­erant dehumidifiers we are all spoiled by today. I am sure some old timers recall the stories of how we used to “burp buildings” before dehumidifica­tion. But for the benefit of the youth, I will recount. Using heat and air movers, we would heat up the structure and the friction of the air movement to get the water to evaporate from the structure and fill the air. When the air was full of moisture, we would flush it out and bring in fresh, dry air from outside. Then start the process all over again; thus ‘burping’ the building.

The simplest process like wall cleaning has changed dramatically over the years. Back in the day before the “soot sponge” (which ironically was slanged the ‘chem-sponge” even though it contains no chemicals whatsoever, it is simply fresh vulca­nized rubber), there was a product that was used to clean soot from wallpaper when most homes were heated with coal furnaces. It was called “Absorene Putty Cleaner” or more affectionately dubbed “the pink ball of magic.” This product worked like a giant eraser and did a great job removing residue from surfaces that could not be washed; but like an eraser, it did leave behind shards that would have to be care­fully vacuumed up afterward. Today, the soot sponge is a staple in smoke damage clean up.

Another process that has evolved over the years is carpet cleaning. This is partly due to the evolution of carpet from something we used to buy to last, to now something that is nearly disposable. But also due to advancements in technology. Back in the day, when carpet was made more durable, they used to do a process called bonnet cleaning, which meant you use a rotary floor stripping machine with a foaming bonnet on it that would scrub the carpeting through and through before you rinsed with water and extracted it with a standard extractor. 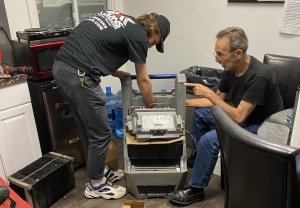 Bob Held gives a lesson on how to repair a dehumidifier.

Today, most carpets made could not stand up to a bon­net as they would be shredded. Instead, the most common method used is to “steam clean” carpets (which is not actually “steam” cleaning but “hot wa­ter extraction” cleaning to be technically accurate). There are more advanced methods out there like “chem dry”, which is a foam product that is applied wet but dries into a powder that gets vacuumed up taking the dirt with it. The sad thing about carpet in general is that we seem to have become a disposable so­ciety, perhaps due to mold fears or cheaper manufacturing or a combination of the two; but in the past, we were proud to have saved carpet from becoming a total loss. Responding to a water damage event we would take the following steps to save a carpet: Extract the standing water, lift the carpet, dispose of the pad­ding, ‘float’ the carpet with air movers until dry, install new padding, reinstall the carpeting (called kick & re-stretch) on to the tack-strips, and then finally clean the carpeting. After all those steps, it was a sense of accomplishment, especially when you had a happy customer and claim adjuster in the end. 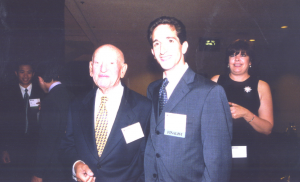 Max was an early innovator in the cleaning industry by coming up with the right mixture of chemicals to clean delicate fabrics with smoke or water damage.

Some of the dying art of restoration includes services like reweaving cigarette/cigar burns on carpet or spot dyeing fabrics to cover up stains or doing spot touch ups to furniture to restore scratches and, of course, ciga­rette burns.

Well, maybe it is better that some of this stuff is no longer necessary. And some advance­ments in technology are definite­ly for the better. We used to wipe down a mold-stained wall with bleach. Aside from the fact that it did not address the mold on the back side of the wall, the use of something as caustic as bleach as a biocide was about the unhealth­iest thing you could do. 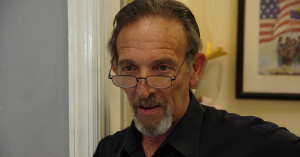 Bob’s contributions to our development in the restoration industry are countless. He passed away due to cancers caused by dust inhaled during cleanup and restoration efforts after 9/11.

Today, we have so many options and choices, including botanical products that can san­itize but not cause any adverse health effects. And we are so much more advanced when it comes to safety and preventing cross contamination for the benefit of both the workers and customers. We have come a long way in identifying poten­tial risks from both the damage that we are coming to clean up and from the products we are using to do that clean up. Ad­vancements in PPE have come leaps and bounds over the past 30 years, and it makes me proud to see workers in proper gear doing their work with a respect for the dangers they are taking on by doing this job.

It is amazing to think that Max Gersh and Bob Held came up with such profound advance­ments without the benefit of computers, smartphones, or any real industry training. Max’s choice to study chemistry in col­lege in the 1930s was the closest he could find. Today, we invest heavily in IICRC and RIA train­ing and education courses, as well as OSHA safety training. And we come together as an industry group to share best practices, learn from each other, and advo­cate for our mutual interests.

If I had to sum it up, the great­est value that the RIA offers to our industry is a forum for shar­ing advancements and improve­ments, as well as of course learn­ing from each other’s mistakes. I know I wear my biggest screwups as badges of honor, and yes I have many…

Jeffrey Gross, CR, is the Northeast Regional Vice President for First Onsite which recently acquired Max-ons Restorations, Inc., a premier restoration firm in New York City, where Jeffrey has worked for the past 28 years. 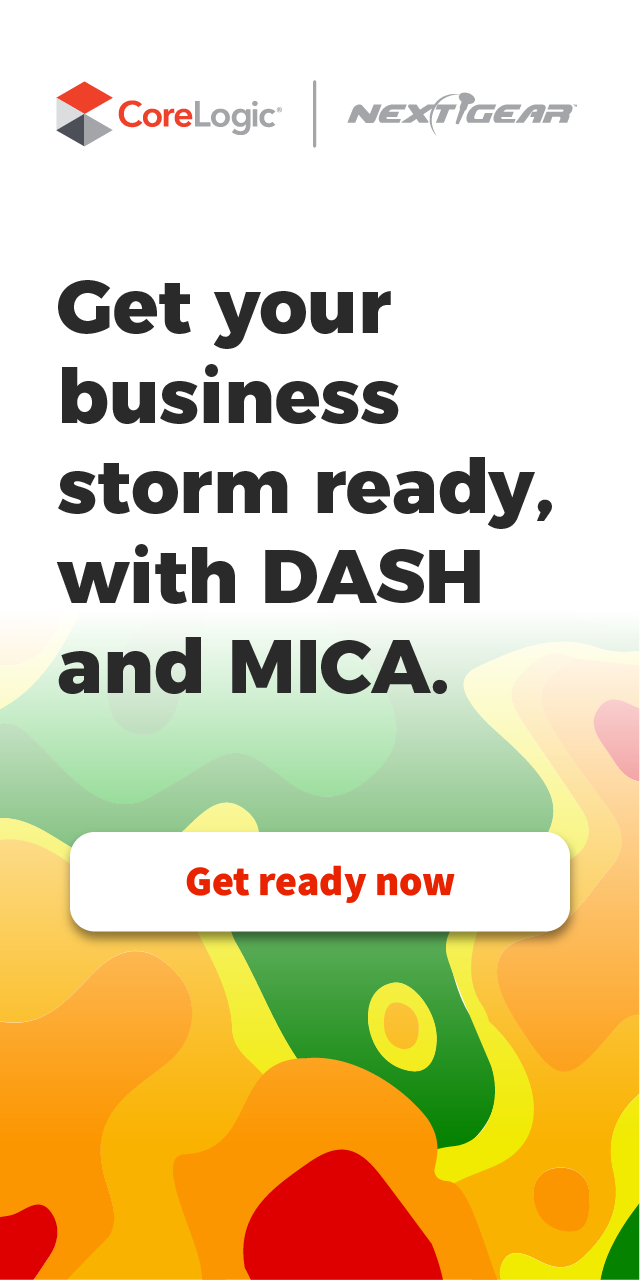